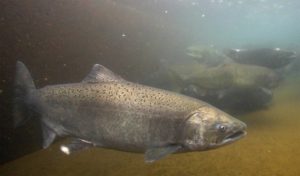 Salmon– Puget Sound harbors five unique types of Salmon; the legendary King (Chinook), Red (Sockeye), Silver (Coho), Pink (Humpy) and Chum (Keta). The most prominent species in these waters is the King Salmon, which can be fished for nearly year round. The winter fishing targets the Blackmouth Salmon, an immature King that is on its way out to sea. Most salmon fishing is done trolling with downriggers, using light to medium tackle. We fish with many different lure types and sometimes bait.
Typical Season: July-April

Halibut– The halibut is the largest flat fish. At birth they have an eye on each side of the head, and swim like a salmon. After about 6 months one eye migrates to the other side, making them look more like other flounder. They are caught primarily by jigging the ocean floor, but can also be caught by deep trolling. Their mild delicate white flesh make them a highly sought after fish for many anglers.
Typical Season: May 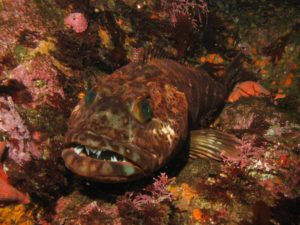 Ling Cod – The other white fish. Though not closely related to the cod, the Lingcod is actually part of the Greenling family. They are voracious predators, feeding on nearly anything they can fit in their large mouths. They mainly live in rocky slopes and are fished by jigging the bottom or casting into the rocks. Some prefer their delicate white flesh over the Halibut!
Typical Season: May-Mid June 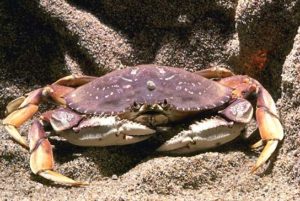 Dungeness Crab-Dungeness Crab are hard shelled Crustaceans that inhabit eelgrass beds and flat water bottoms. These tasty creatures are undoubtedly the best tasting and sweetest crab out there. Dungeness crab can grow to a shell width 9 inches and weigh between 1 1/2 lbs and 3 lbs. Dungeness crabs are most commonly harvested using traps or ring nets.
Typical Season: July-September 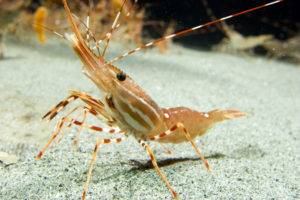 Shrimp– There are three species of shrimp that are common to the Puget Sound waters. They are Pink, Coonstripe and Spot shrimp. The largest is the Spot shrimp and it can reach up to 9 inches in length. The spot prawn is known for its sweet, delicate flavor and firm texture. Spot prawns are harvested in traps, similar to crabbing, deployed on long-lines commonly from 180 feet to 300 feet on the ocean’s bottom.
Typical Season: May 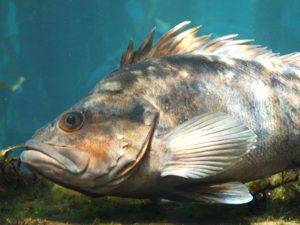 Rock Fish-There are 36 separate species of rockfish in Puget Sound and the Georgia Strait which vary in size and color. Unfortunately, rockfish stocks throughout this region have shown drastic declines in the past 25 years. Species such as quillback, copper, black and yelloweye used to be plentiful, but they are now severely depleted. They can still be fished for at times and are a great fighter!
Season varies by conservation regulations 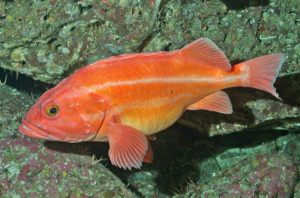 Bottom Fish– The Pacific Northwest sea bed holds an array of different fish species. You’ll find that many of these cold water creatures are quite ugly and some resemble prehistoric creatures. They can be very aggressive and put up an exciting fight. These fish can be caught by jigging the bottom or casting into the rocky shoreline.
Season varies by species